How many times are we going to see another appalling episode of racist white cops maliciously murdering another unarmed black man, before we realize this repugnant injustice fueling our anger at this point is multilayered, penetrating to the core of what’s gone wrong in this world.

The brutal oppression and slaughter of darker skinned people on this earth for centuries has colored human history blood red, the same color we all bleed. Conquering, colonizing, slaughtering and inhumanely exploiting races deemed “inferior” or “weaker” that happen to possess darker skin pigment is sadly an entrenched historical fact. That “the great melting pot land of the free” called America has always been at the epicenter of this raging battlefield over race should come as no shock. After all, America’s roots were founded on racism from its very genesis, first with the genocide inflicted on the indigenous race calling the Western Hemisphere its home for centuries, and then the barbaric uprooting of a darker skinned race from its African home for nearly four centuries of legalized enslavement. If that’s not tragically diabolical enough, the fact is, out of the 244-year history of the United States, it’s been warring almost exclusively against virtually every nonwhite nation on earth throughout its entire existence – 93% of the time to be precise.

So this piercing, volatile issue of difference in skin color still remaining a deep, unresolved bloody thorn in America’s psyche since its very inception is hardly surprising. The surprise is how little progress has been made toward healing this open wound. Many believe anti-white racism is on the rise, especially so called victims of white male bashing, which has partially led to Trump’s ascendancy. But of course the 21st century scourge of racism enflamed by Covid-19 is not unique to just the United States alone, just because this Empire nation of nonstop war and never resolved race issues is currently in freefall in its waning reign as world’s richest, most powerful country. Racism has been an unresolved worldwide human phenomenon that’s existed for as long as the conquering long boats began arriving on distant shores over a millennium ago.

Justice for 46-year old George Floyd should be a unifying catalyst for oppressed people the world over to get behind a grassroots movement of universal justice against all institutionalized racism, demanding fundamental change, not just heat of the moment passion that dies out in a few days’ time, until the next in-our-face disgrace splashes across our computer screens and headlines. Former 6-term Georgia Congresswoman Cynthia McKinney recommends a viable potential solution:

I propose the establishment of a permanent, independent board, similar to the National Transportation Safety Board, empowered with all necessary authority to investigate and impose solutions, including prosecution, to end criminal police behavior and prosecutorial misconduct. 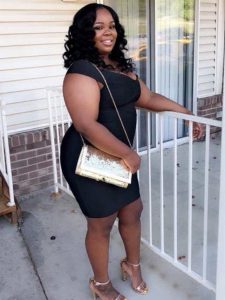 Two months before George Floyd was asphyxiated to death by police in Minneapolis, in Louisville, Kentucky EMT worker Breonna Taylor was killed in on a botched search warrant when police were breaking into her home and her boyfriend fired thinking it was a home invasion robbery which resulted in indiscriminate gun spray needlessly killing Breonna. A month before that in February it was a young black jogger Ahmaud Arbury in Georgia gunned down by two white men.

The resultant violence erupting in cities across America of looting and rioting this last week has led to 4,000 arrests nationwide, symbolizing the growing frustration and anger of people everywhere, reacting to this latest unacceptable murder allowed to viciously repeat itself ad nauseam against people of color. The mass protests are spreading to Dublin, London, Berlin and Toronto. But this reactionary wave to white thugs in blue uniform callously beating and ending another black man’s life is more intense this time around, complicated by the pent up hostility and rage resulting from the protracted Coronavirus lockdown.

In recent years the US has become a divide and conquer battleground between the polarizing Trump presidency versus the Obama-Clinton-Bush Deep State enemy camp, the right vs. the left, conservative vs. liberal, Republican vs. Democrat, white vs. nonwhite, blue state vs. red state, blue pill vs. red pill, USA vs. Russia, China and Iran, patriots vs. Gates, Fauci, WHO, CDC and the global elite, and on and on the battle lines are being drawn. Obama national security advisor Susan Rice and others are even regressing back to the tired dead-end game of blaming Russia for the riots. George Siros forces that predatorily exploit these tragic deaths as opportunity to foment global destabilization and regime change with an ultimate agenda towards a fascist totalitarian Marxist world dictatorship has been surging for years now and divisively pitting races, classes, religions, Western vs. Eastern nations against each other, ever since Trump won the 2016 election.

In the past George Soros has paid out-of-state Antifa provocateurs to incite violent chaos and civil unrest. Initial reports claim that out of state agitators were stoking the flames of unrest in Minneapolis and other cities. Trump’s threatening to place Antifa on the terrorist list. There’s nothing all that new in today’s horrifying events except one huge elephant in the room, the Coronavirus lockdown unleashed purposely to collapse the world economy, criminalize dissent, remove Trump from office and mandate vaccination rollout.

Today’s violence and turmoil cannot be separated from the surrounding backdrop of government sponsored militarized police state oppression and violence directed against citizens of all colors spreading to virtually every nation worldwide. A calculated plan to militarize US police forces with weapons from lost US wars while training American police in Israel since IDF is so experienced in its genocidal practice against Palestinians. The global lockdown that’s gripped humanity for months now perpetrated by a centralized elite has imposed imprisonment and enforced isolation planet-wide over a bogus engineered Coronavirus pandemic. The ruling international crime cabal is seeking absolute tyrannical control over the global masses through a falsely overblown bioweapon designed to depopulate the planet.

Never before has the exasperated sentiment of the fictional newscaster character Howard Beale from writer Paddy Chayefsky’s prophetically profound 1976 film “The Network,” been more apropos: “I’m mad as hell and I’m not going to take it anymore!” The American populace is an incendiary powder keg about to blow sky high, creating mass political and financial upheaval that’s certain to spread worldwide.

By design, the planetary controllers have used their induced crisis to destroy the global economy, and inflict life and death hurt on millions, if not billions of people across the globe. It’s been planned since the 2010 Rockefeller viral playbook. The global supply chain breakdown is underway and in a domino crashing effect, food shortages and hyperinflation could make the Great Depression look like a bad hair day.

With every planned and staged false flag crisis, global oligarchs controlling the national governments through bribery and sexual blackmail and the global economy through monopolized debtor theft move another step closer to their long coveted one world government tyranny. They’ve been calculatingly dumbing us down through mass media propaganda brainwashing, a broken education system pushing sexual identity confusion and communist collectivism, chemically processed GMO dead food, heavy metal poisoning through decades of geoengineering, fluoride in the water supply system, ecocide degradation ushering in the earth’s sixth and first manmade life extinction. For several years in a row Americans lifespan has been decreasing. Meanwhile, for decades the cabal has deceitfully been pushing the Malthusian overpopulation myth, killer virus scares and the global warming/climate change hoax due to manmade increasing carbon dioxide emissions as their arsenal of deployed weapons of mass destruction. Homicidal global genocide against humanity has long been their murderous agenda.

Through one orchestrated crisis after the next, vis-à-vis Gladio-like strategy of tension, the cabal uses through Machiavellian means theHegelian Dialectic formula of “problem-reaction-solution” in order to ratchet up their draconian control matrix. The elite has utilized this pandemic to deceitfully create fear and panic to more easily control the masses by over-exaggerating the virus danger as the identified problem. The reaction component has been to falsely inflate worldwide deaths attributed to Covid-19 in order to come close to fulfilling the initial logarithm model that was exceedingly high by intentional design. The mandatory vaccine as cabal’s solution increases biometric control over the masses. All the while, these extreme draconian measures effectively demolish what’s left of our constitutional rights and freedoms, and finish off obliterating our next to no rights of privacy through increased invasive electronic biometric surveillance, and without our consent, insidiously collect massive data to track our every move, expression, expense, habit and conveniently lock up the dissidents and non-compliers.

Already the most monitored and surveilled population in the history of humankind, we’ve been intrusively violated beyond our awareness. Again without consent or proper testing, we’re having 5G crammed down our radiated, throats and compromised immune systems. And now we are being herded and kept in curfew lockdown, indefinitely imprisoned on house arrest. And when we can venture out we’re seeing unprecedented checkpoints and travel restriction, warrantless search and seizure violations, mandatory vaccination now pending as the eugenics depopulation agenda, free of all death and injury liability. Our corrupted sciences and overpriced universities are corporatized propaganda mills, Big Pharma controls all our med schools and grotesquely unaffordable healthcare system while through deceptive advertising killing millions drug pushing killer opioids.

It’s time to fight back by not allowing ourselves to be further divided and conquered, allowing hate, blame and ignorance to keep us fighting amongst ourselves, too weak and too blind to unite and defeat the real enemy – the financial elites which control the banking system are pulling strings to finance both sides to every conflict and war.

Note to readers: please click the share buttons above or below. Forward this article to your email lists. Crosspost on your blog site, internet forums. etc.